Back to The Resident 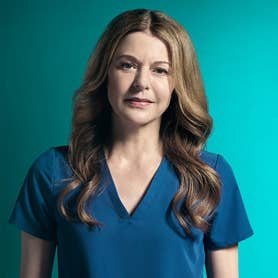 Jane Leeves starred in the cable comedy “Hot in Cleveland,” which was nominated for a Screen Actors Guild Award for Outstanding Performance by an Ensemble in a Comedy Series.

She is best known for her role on the hit television series “Frasier,” which earned her a Screen Actors Guild Award for Outstanding Performance by an Ensemble in a Comedy Series and nominations both for an Emmy Award and a Golden Globe in the Best Supporting Actress category. She also is known for recurring roles on “Seinfeld” and “Murphy Brown,” and has appeared on a multitude of other television shows, including “Desperate Housewives,” “The Starter Wife,” “Twenty Good Years” and “Misconceptions.”

Leeves also appeared in the films “Miracle on 34th Street” and “Music of the Heart,” which co-starred Meryl Streep.