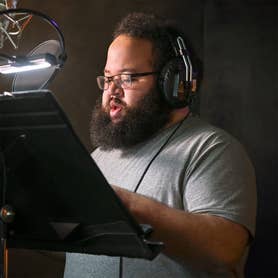 Zach Cherry can currently be seen as the series regular “Dylan” in the streaming thriller drama “Severance.” He also can be seen in the short-form streaming series “Most Dangerous Game,” opposite Liam Hemsworth and Christoph Waltz. He most recently recurred in cable series “Succession” as well as the streaming series “Living with Yourself” and “You.” Cherry was a series regular on the network comedy “I Feel Bad.”

Other TV credits include the lead voice role in the animated cable movie “Washingtonia,” and recurring roles on “The Last OG,” “Crashing,” “The Magician,” “Search Party” and FOX’s THE RESIDENT, as well as the voice of Ben Carson on “Our Cartoon President.”

On the film side, he appeared in “Shang-Chi and the Legend of the Ten Rings.” Additional film credits include “Spiderman: Homecoming”; Steven Soderbergh’s thriller, “Unsane,” opposite Claire Foy; “An Evening with Beverly Luff Linn,” with Aubrey Plaza and Craig Robinson; “Isn’t It Romantic,” with Rebel Wilson and Liam Hemsworth; and “Irreplaceable You,” alongside Gugu Mbatha Raw.