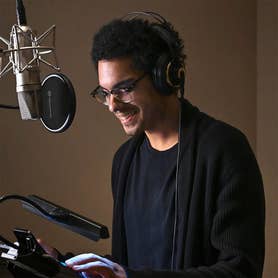 Yassir Lester is a stand-up comedian, writer and actor from Marietta, GA. He currently stars in the premium cable series “Black Monday,” on which he also serves as a writer. His writing credits also include “#blackaf,” “Mrs. Fletcher,” “Girls,” “The Carmichael Show,” “Detroiters” and “Black Excellence.” As an actor, Lester has starred in the network comedies
“Champions” and FOX’s “Making History.”