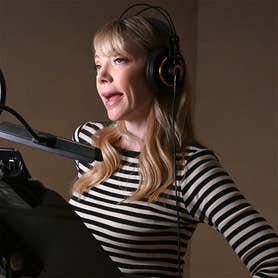 is an actress, writer and comedian. She’s one half of the comedy duo Garfunkel and Oates, who had a self-titled show on cable, four comedy albums and have appeared on “The Tonight Show,” “The Late Show with Seth Meyers” and many others. Their special, “Try to be Special,” was nominated for an Emmy Award for Outstanding Original Music and Lyrics. Her music work recently has been seen in the Michelle Obama-produced streaming series “Waffles + Mochi.”

Lindhome also is the co-creator and star of the cable comedy “Another Period.” As an actress, she has appeared in TV shows, including “Kidding,” “Brooklyn Nine-Nine” and “The Big Bang Theory,” as well as films, such as “Under the Silverlake”; “Much Ado About Nothing”; “Knives Out,” directed by Rian Johnson; and “The Wolf of Snow Hollow,” directed by Jim Cummings.