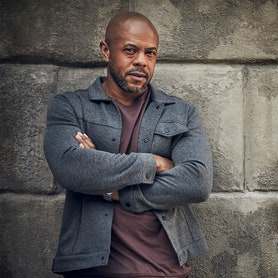 Rockmond Dunbar is best known to FOX audiences for his role as “Benjamin ‘C-Note’ Franklin” on the network’s drama series, “Prison Break,” as well as the event series of the same name. He also starred opposite Aaron Paul and Michelle Monaghan in the streaming drama series “The Path.” Dunbar’s additional television credits include “The Mentalist,” “Soul Food,” “Terriers” and “Sons of Anarchy.”