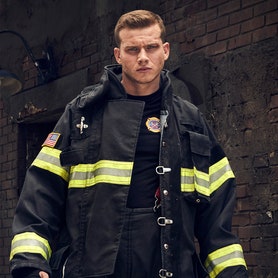 British-born Oliver Stark most recently was seen in a starring role on the cable drama “Into The Badlands,” and in the feature film “Underworld: Blood Wars,” alongside Kate Beckinsale.

Stark began his career at a young age attending the North London Performing Arts Centre. He made his first British television appearance on the BAFTA Award-winning BBC series “Casualty,” and followed with roles on the Golden Globe- and Emmy Award-winning series “Luther,” opposite Idris Elba; as well as in “Dracula,” alongside Jonathan Rhys Meyers. Stark resides in Los Angeles.