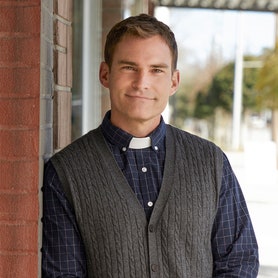 A native of Cottage Grove, MN, Seann William Scott was discovered at a talent competition in Los Angeles and has become one of Hollywood’s most prolific actors. Scott has starred in blockbuster comedies such as the “American Pie” franchise (which he also executive-produced in its latest installment, “American Reunion”); the feature film version of the popular ‘80s television series “The Dukes Of Hazzard”; “Road Trip”; “The Rundown,” starring opposite Dwayne Johnson; and the smash comedy hit “Dude, Where’s My Car,” opposite Ashton Kutcher.

On TV, Scott joined the cast of the FOX action/comedy series “Lethal Weapon,” based on the iconic film franchise, in its third season. Recent film credits include “Super Troopers 2” and “Goon 2: Last Of The Enforcers,” the sequel to the critically acclaimed film “Goon,” reprising his role of “Doug Glatt,” opposite Liev Schrieber, Jay Baruchel and Alison Pill. He also starred in the Courteney Cox-directed independent film “Just Before I Go,” starring Olivia Thirlby, Kate Walsh, Rob Riggle and Clancy Brown. The movie premiered to critical acclaim at the Toronto Film Festival in 2014. Scott co-starred in the comedy “Cop Out,” for director Kevin Smith, starring opposite Bruce Willis and Tracy Morgan.