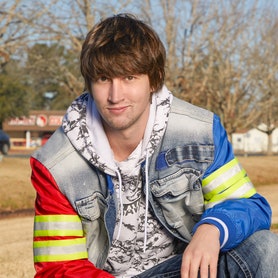 Sam Straley was born and raised in Cincinnati, OH, where his passion for acting and film began very early on, due to frequent trips to the movie theater with his grandfather, local director and film critic Roger Grooms. In high school, Straley received two city-wide awards, including Best Actor and Best Featured Actor, for his performances on stage. In 2013, he moved to Chicago to continue his training as a B.F.A. candidate at The Theater School at DePaul University (Class of 2017). While at school, he guest-starred on the network series “Chicago P.D.” and had a co-starring role in the streaming series “Philip K. Dick's Electric Dreams.” Since graduating, he's worked on various feature films, including “Hala” (dir. Minhal Baig/Overbrook Entertainment) and “Once Upon a River” (dir. Haroula Rose). He co-directed and starred in his debut short film “Subscribe Now,” which can be viewed on YouTube. He was a series regular on the family comedy “The Kids Are Alright,” opposite Mary McCormack and Michael Cudlitz.