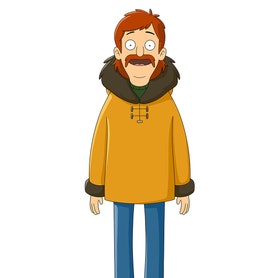 Will Forte voices the character Wolf Tobin in the The Great North on FOX.

Will Forte has established himself as one of the most versatile actors in film and television. Forte is known for his eight seasons on “Saturday Night Live” and for his starring role in the feature film adaptation of “MacGruber,” for which he co-wrote the script with Jorma Taccone and John Solomon.