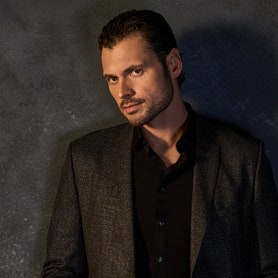 Born in Mexico and raised in Texas, Adan Canto is a skilled and versatile actor. Most recently, he starred for three seasons in the hit political drama “Designated Survivor,” opposite Kiefer Sutherland. Canto also was seen in the film “X-Men: Days of Future Past,” co-starring as the character “Sunspot.” He appeared in the critically acclaimed streaming series “Narcos,” alongside Wagner Moura; and can be seen in Halle Berry’s directorial debut, “Bruised,” which premiered at the 2021 AFI Film Festival. Other TV credits include “Blood and Oil” and “The Following,” for FOX. Canto recently directed his first short film, a thought-provoking western, starring Theo Rossi, currently on the festival circuit. He also is a singer and guitarist.