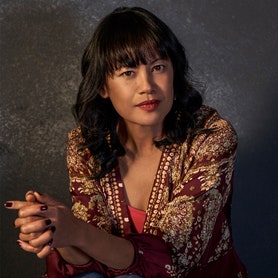 An Australian Filipino raised in Sydney, Martha Millan most recently was seen in the feature film “The Drummer,” with Danny Glover, and prior to that, on the network anthology series “Two Night Horror Stories” and premium cable series “Succession.”

Enthralled after doing her first play in high school, Millan studied at The University of Sydney and then New York City, where she graduated from the American Academy of Dramatic Arts.

She made her daytime television debut on the soap opera “As The World Turns.” She also was seen on “Strong Medicine” and in a memorable role on “Third Watch.” Additional TV credits include “Madam Secretary,” “The OA,” “Entourage” and “S.I.S,” as well as the “Law & Order” franchise, including “Law & Order: Criminal Intent,” “Law & Order: Special Victims Unit” and “Law & Order.” On film, she appeared in “My Dead Boyfriend,” opposite Heather Graham. Other film credits include “The Great New Wonderful,” opposite Maggie Gyllenhaal and Jim Parsons, and “Falling for Grace.”

While appearing in many national and international commercials, Millan also has modeled extensively throughout the United States and the world as one of the worldwide faces of Clairol Natural Instincts and the face of Nooch, a restaurant in New York City.