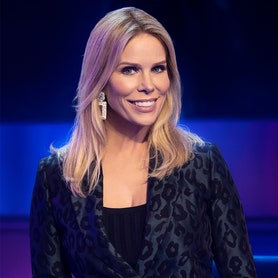 Emmy Award-nominated actress, director and producer Cheryl Hines is best known for her role as “Cheryl David” on the Emmy Award-nominated and Golden Globe Award-winning series “Curb Your Enthusiasm,” which aired its tenth season this year. Hines stepped behind the camera this season to direct her first episode of the series. She can also be seen in films such as “A Bad Moms Christmas,” “RV,” “Wilson” and “Waitress.” Additional TV credits include “Suburgatory” and the animated series “Son of Zorn” and “3Below: Tales of Arcadia.” Hines has produced shows for major networks, including “School Pride,” “Hollywood Residential” and the award-winning series “Campus Ladies.” She has directed many TV series, as well as the feature film “Serious Moonlight,” written by the late Adrienne Shelley and starring Meg Ryan and Timothy Hutton.