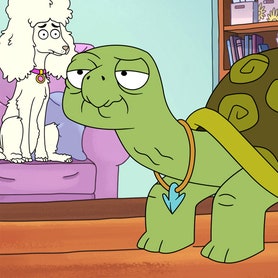 Will Forte has established himself as one of the most versatile actors in film and television. Forte is known for his eight seasons on “Saturday Night Live” and for his starring role in the feature film adaptation of “Macgruber,” for which he co-wrote the script with Jorma Taccone and John Solomon. He starred in FOX’s “The Last Man on Earth” and was nominated for a 2016 Emmy Award for Outstanding Lead Actor in a Comedy Series. In 2015, he was nominated in two Emmy Award categories: Outstanding Lead Actor in a Comedy Series and Outstanding Writing for a Comedy Series. Most recently, Forte can be seen in the series “Flipped,” and can be heard as the voice of characters in “Scoob!” and “The Willoughbys.”