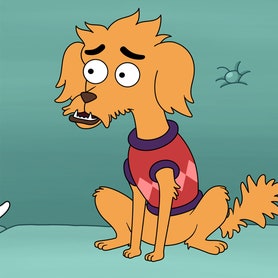 Two-time Emmy Award-winning actor, producer and author Tony Hale is best known for his role as “Gary Walsh,” the downtrodden personal aide to Julia Louis-Dreyfus’s “Selina Meyers” on political comedy “Veep.” Hale won two Emmy Awards for Outstanding Supporting Actor in a Comedy Series for “Veep” in 2013 and 2015, and was nominated in the same category in 2014, 2016, 2017 and 2019. “Veep” racked up a total 181 nominations and 62 wins during the course of the show.

Hale has appeared in a wide variety of critically acclaimed television programs and films throughout his career. Prior to “Veep,” he co-starred as the socially awkward “Buster Bluth” in the groundbreaking, Emmy Award-winning comedy series “Arrested Development.” He also co-starred with Tom Hanks, Tim Allen, Keanu Reeves and Christina Hendricks as the voice of “Forky” in “Toy Story 4,” which released during the summer of 2019 and grossed more than one billion dollars globally. The film also won the Academy Award for Best Animated Feature, leading to a series of “Forky” animated shorts titled, “Forky Asks a Question.”

Up next, Hale will star in the highly anticipated adventure-drama television series, “The Mysterious Benedict Society,” which is based on the best-selling Young Adult novel by Trenton Lee Stewart. Hale will star in dual roles, playing “Mr. Benedict” and his twin brother, “Mr. Curtain.” Hale also will be seen in the upcoming drama “Nine Days,” which premiered at Sundance. Directed by Edson Oda, the film was nominated for an Independent Spirit Award and the Grand Jury Prize during the 2020 Sundance Film Festival. He currently can be seen starring in “Eat Wheaties!,” opposite Paul Walter Hauser. Later this year, he will co-star in “Clifford The Big Red Dog” and the animated series “Birdgirl,” a spinoff of “Birdman.”

In 2019, Hale starred in “Wakey, Wakey,” the one-man play from award-winning playwright Will Eno at the American Conservatory Theater in San Francisco.

Hale grew up in Tallahassee, Florida, where he attended The Young Actors Theatre.  He then continued on to study acting at The Barrow Group.