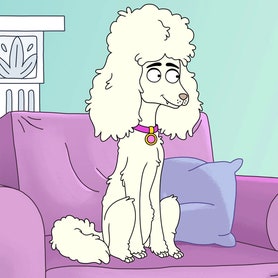 Emmy Award-winning actress Lisa Kudrow continues to bring her original sense of comedic timing and delivery to every role she takes on, and ventures between films, television and the internet with ease.

Kudrow made her feature film debut in the Albert Brooks comedy “Mother” in 1996. Following “Mother,” she starred opposite Toni Collette and Parker Posey in “Clockwatchers” (1997); and in the critically acclaimed hit comedy “Romy & Michele’s High School Reunion” (1997), with Mira Sorvino, which garnered her widespread popularity with film audiences.

Kudrow has always received rave reviews for her roles in both film and television. She won the Best Supporting Actress Award from the New York Film Critics Circle, an Independent Spirit Award nomination and a Chicago Film Critics Award nomination for her role in “The Opposite of Sex.” She won a Blockbuster Award and received a nomination for an American Comedy Award for her starring role in the box office hit “Analyze This,” directed by Harold Ramis.

Of course, it was Kudrow’s role as “Phoebe Buffay,” the character she brilliantly portrayed on the hit comedy series “Friends” for ten seasons, that brought her to audience attention worldwide.

For this role, Kudrow was nominated for an Emmy Award five times and won once for Outstanding Supporting Actress in a Comedy Series in 1998. She also received a Screen Actors Guild Award for Outstanding Performance by a Female Actor in a Comedy Series, an American Comedy Award for Funniest Supporting Female Performer in a Television Series and a Golden Globe Award nomination.

Kudrow guest-starred in two episodes of “Unbreakable Kimmy Schmidt,” for which she received a Critics Choice Television Award nomination for Outstanding Guest Performer in a Comedy Series in 2016.

Most recently, Kudrow starred alongside comedian Mae Martin in the British comedy-drama series “Feel Good” and in “Space Force,” alongside Steve Carrell and John Malkovich, from the creator of “The Office.”

In the fall of 2003, Kudrow formed the production company Is or Isn’t Entertainment with actor and writer Dan Bucatinsky. Is or Isn’t Entertainment has garnered great success since its inception. It’s first television series was the critically acclaimed series “The Comeback.” The docu-style, single-camera comedy debuted in June 2005, and returned as a limited series in 2014. The series garnered four Emmy Award nominations, including two for Kudrow for Outstanding Lead Actress in a Comedy Series in 2006 and 2015.

“Who Do You Think You Are” was the second series from Is or Isn’t Entertainment. The show is a documentary series, which traces the genealogy of a well-known person in each episode. To date, “Who Do You Think You Are” has been nominated for six Emmy Awards – four for Outstanding Structured Reality Program and one win in 2016 for Outstanding Picture Editing for a Structured or Competition Reality Program.

Is or Isn’t also produced the critically acclaimed series “Web Therapy” for four seasons, in which Kudrow starred as a therapist who does sessions with her clients via the internet. “Web Therapy” was the first web series to go to premium cable, and the format of the show has been sold and produced all over the world, including productions in Poland and Spain.