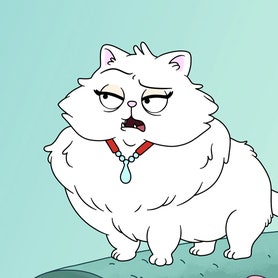 BAFTA Award-winning Irish actress, writer, producer and director Sharon Horgan is best known for her multiple award-winning sitcom “Catastrophe,” which she co-wrote and starred in with Rob Delaney. They won the BAFTA TV Craft Award for Best Writing in a Comedy Series in 2016, and Horgan also gained three individual BAFTA nominations for her extraordinary performance in the show, alongside an Emmy Award nomination for Outstanding Writing for a Comedy Series. The final season of “Catastrophe” aired in January 2019 (U.K.) and in spring 2019 (U.S.).

Horgan was nominated for two BAFTA Awards and won two British Comedy Awards for her iconic show, “Pulling,” which she co-wrote and in which she starred. In 2018, Horgan starred alongside Rachel McAdams, Jason Bateman and Kyle Chandler in the critical and commercial hit feature film “Game Night.” 2019 saw the debut of the critically acclaimed comedy “This Way Up,” in which she starred alongside her friend, comedian Aisling Bea. The six-part series produced by Horgan’s production company, Merman, follows life’s chaotic ups and downs of two sisters after one has a nervous breakdown. The following year, Horgan starred in “Military Wives,” opposite Kristin Scott Thomas, and the Irish comedy-drama film “Dating Amber.”

In 2021, Horgan will be seen as “Miss Hedge” in the feature film adaptation of the West End sensation “Everybody’s Talking About Jamie.” She’s recently completed filming “The Unbearable Weight Of Massive Talent,” opposite Nicolas Cage, which will be released in March 2022.