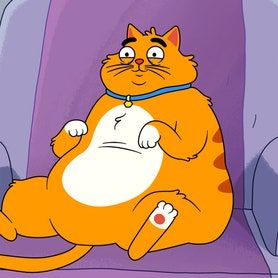 Sam Richardson is an actor, writer and producer, perhaps best known as “Richard Splett” on the Emmy- and Peabody Award-winning comedy series “Veep,” which recently aired its seventh and final season.

This year, Richardson is set to appear in “The Tomorrow War,” an action-thriller film, alongside Chris Pratt, Yvonne Strahovski, J.K. Simmons and Betty Gilpin. Also this summer, Richardson leads the ensemble cast in the comedy-thriller film “Werewolves Within,” based on the Ubisoft game of the same name. The film is directed by Josh Ruben, and stars Michaela Watkins, Harvey Guillen and Cheyenne Jackson.

Richardson also has been celebrated in recent years as the co-creator and star of critically acclaimed comedy series “Detroiters,” co-created and co-starring his lifelong best friend, Tim Robinson, who, like Richardson, hails from the city of Detroit. Richardson’s additional television credits include a memorable recurring role on “The Office,” and guest-starring roles on “Arrested Development,” “Portlandia,” “New Girl,” “Drunk History,” “Champaign ILL” and “Bootstrapped,” which debuted at the 2019 Sundance Film Festival.

Richardson is an alumnus of the prestigious Second City Chicago Main Stage. Prior to joining the main stage, he studied at Wayne State University and also performed at Detroit’s Second City and Planet Ant Theatre in Hamtramck. In Chicago, he wrote and starred in two revues: “Spoiler Alert: Everybody Dies” and “South Side of Heaven,” both of which earned him Best Actor nominations from the Jefferson Awards, the annual awards honoring the best of Chicago theater.