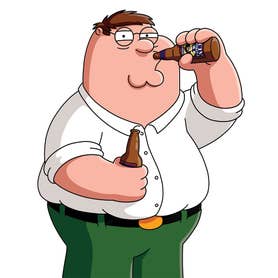 Seth MacFarlane’s talents encompass every aspect of the entertainment industry. He has created some of the most popular content on television and film today while also expanding his career in the worlds of music and philanthropy. At 24, MacFarlane became the youngest showrunner in television history when FAMILY GUY aired on FOX. Now in its 19th season, MacFarlane voices the characters "Peter Griffin", "Stewie Griffin", "Brian Griffin", "Quagmire", and "Tom Tucker".

FAMILY GUY has garnered MacFarlane numerous nominations and five Emmy Awards, four of which being in the Outstanding Voice-Over Performance category, making him a tied record-holder for the most voice-over Emmy wins of all time. In addition to FAMILY GUY, MacFarlane serves as co-creator, executive producer and voice actor on “American Dad!,” currently in its 17th season. MacFarlane executive-produced FOX’s award-winning series, “COSMOS: A SpaceTime Odyssey,” which premiered simultaneously on 10 Fox networks, including FOX and NatGeo, making it the largest television premiere event of all time. In 2014, the series received four Emmy Awards, a Peabody Award, two Critics’ Choice Television Awards and a Television Critics Association Award. COSMOS: POSSIBLE WORLDS, the latest installation in the series, airs this fall on FOX. MacFarlane also created, executive-produced and starred in FOX’s one-hour live-action space adventure series, “The Orville.” MacFarlane made his feature film directorial debut in 2012 with the hit comedy “Ted.” In addition to voicing the lovable foul-mouthed teddy bear, MacFarlane co-wrote and produced the film, which went on to make more than $545 million worldwide. Fresh off the success of “Ted” and hosting “Saturday Night Live,” in 2013, MacFarlane hosted the 85th Academy Awards and was nominated for Best Achievement in Music Written for Motion Pictures, Original Song for “Everybody Needs a Best Friend” from “Ted.” The sequel, “Ted 2,” was released in 2015. In between both “Ted” films, MacFarlane's western comedy “A Million Ways to Die in the West,” which he wrote, produced, directed and starred in alongside an ensemble cast, was released.

Up next, MacFarlane and his production company, Fuzzy Door, are producing “Books of Blood” for Hulu and Universal’s female ensemble comedy “Fairy Tale Ending.” In 2016, MacFarlane voiced “Mike,” a small mouse with a big Sinatra-esque voice in the animated musical family comedy “Sing.” He also was seen in director Steven Soderbergh’s 2017 heist film, “Logan Lucky,” and most recently starred in the Golden Globe-nominated limited cable series “The Loudest Voice” about Fox News founder Roger Ailes. MacFarlane has released five studio albums: “Music is Better Than Words,” “Holiday for Swing,” “No One Ever Tells You, “In Full Swing” and “Once In A While.” Critically lauded, these albums garnered MacFarlane several No. 1 debuts on the iTunes Jazz Charts and a total of six Grammy nominations. MacFarlane has also performed with the legendary composer John Williams at the Hollywood Bowl, duetted with Barbra Streisand and joined numerous celebrated symphonies, including Boston, San Francisco, Atlanta, Chicago, Baltimore and the National Symphony Orchestra. Through the Seth MacFarlane Foundation, MacFarlane continues to be an avid supporter of climate activism, conservation, free speech, science communication, cancer research, gun control and equal rights for all.