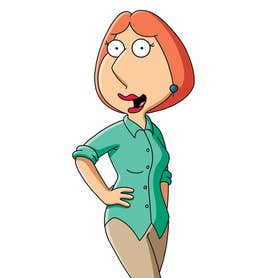 Alex Borstein won the 2018 Emmy Award in the category of Outstanding Character Voice-Over Performance for "Lois Griffin" on "FAMILY GUY". She was nominated for the 2019 award in the same category. She also won the Emmy Award for Outstanding Supporting Actress in a Comedy Series for her role on “The Marvelous Mrs. Maisel” two years in a row. Borstein appeared as “Dawn” in the critically acclaimed cable comedy “Getting On,” in which she starred opposite Laurie Metcalf. Additionally, she appeared on “Shameless,” on which she also served as a consulting producer. She also is known for her wide range of character work on the hit FOX series “MADtv.” No stranger to the big screen, Borstein appeared in Seth MacFarlane’s hit live-action comedy features, “Ted” and “A Million Ways to Die in the West.” She starred opposite George Clooney in “Good Night, and Good Luck,” and lent her talents to other films, such as “ParaNorman,” “The Lookout,” “Kicking & Screaming” and “The Lizzie McGuire Movie.”