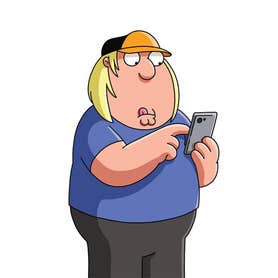 Seth Green has starred in numerous films, including the “Austin Powers” trilogy, “The Italian Job,” “Party Monster,” “Without a Paddle,” “Can’t Hardly Wait,” “Old Dogs,” “The Story of Luke,” “Sexy Evil Genius” and “A Futile & Stupid Gesture.” Green made his feature film directorial and writing debut in 2019 with “Changeland,” starring himself, Breckin Meyer, Brenda Song, Clare Grant, Macaulay Culkin and Randy Orton. The film is currently available on VOD after a theatrical run in June 2019.

Green also has starred in numerous television series. In addition to voicing “Chris Griffin” on "FAMILY GUY", Green is the co-creator, executive producer and primary voice talent, as well as a writer and director, on “Robot Chicken,” the 2010, 2016 and 2018 Emmy Award winner for Outstanding Short Format Animation Program. Green has been singled out for many Emmy Award voiceover nominations for the series, which aired its 200th episode in July 2020, and is currently in pre-production on its 11th season. The show and its specials also have won numerous Annie Awards for writing and producing, including one for directing for Green. In 2011, Green and his partners created Stoopid Buddy Stoodios, a full-service production studio with many other projects, including “SuperMansion,” “Camp WWE” and “Crossing Swords,” which was renewed for a second season just as the first season debuted. In December 2017, the company signed a two-year first-look deal with 20th Century Fox Film to develop animated and live-action projects. Green always has been fascinated by space travel and has filmed a PSA for NASA and designed the Center for the Advancement of Science in Space patch for the 2015 International Space Station U.S. National Laboratory missions for research to benefit life on Earth.