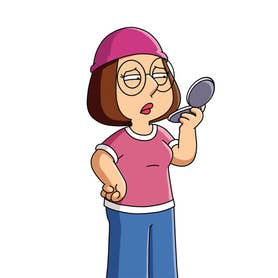 Mila Kunis has established herself as one of Hollywood’s most sought-after and engaging actresses. Since beginning her career in acting, she has garnered an impressive body of work that includes both major motion picture and television roles. She will next be seen starring in Rodrigo Garcia’s substance abuse drama film “Four Good Days,” opposite Glenn Close, which premiered at the 2020 Sundance Film Festival; and the feature film “Breaking News In Yuba County,” in which she stars opposite Allison Janney, Awkwafina and Regina Hall.

In 2018, she appeared in the Lionsgate comedy feature “The Spy Who Dumped Me,” alongside Kate McKinnon. In 2010, she starred opposite Natalie Portman in the critically acclaimed Golden Globe- and Academy Award-nominated film “Black Swan,” directed by Darren Aronofsky. For her performance in the film, she won the Marcello Mastroianni Award for Best Young Actress at the 2010 Venice Film Festival. She also earned Screen Actors Guild, Golden Globe and Critics’ Choice Award nominations for her performance. Other notable film credits include the hit feature comedy “Bad Moms,” alongside Kristen Bell, Christina Applegate, Kathryn Hahn and Jada Pinkett Smith; and its sequel, “A Bad Moms Christmas.” Additional film credits include “Jupiter Ascending,” “Oz, The Great and Powerful,” “Ted,” “Friends with Benefits,” “Date Night,” “The Book of Eli,” “Extract,” “Forgetting Sarah Marshall,” “Blood Ties,” “Angriest Man in Brooklyn,” “Max Payne,” “Third Person” and “Hell and Back.”

Kunis is best known for her roles on two of FOX’s most successful series: "Meg Griffin" from "FAMILY GUY" and "Jackie Burkhart" from “That 70’s Show.” On the latter, she earned two Young Star Awards for Best Actress in a Television Series. In 2015, Kunis started her production company, Orchard Farm Productions, with Susan Curtis, Cameron Curtis and Lisa Sterbakov.