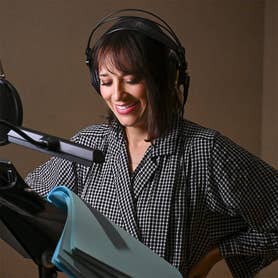 An accomplished actor, director, writer and producer, Rashida Jones has appeared in hit shows, such as “Parks and Recreation” and “The Office”; starred in Sofia Coppola’s “On The Rocks,” opposite Bill Murray; and won a Grammy Award for directing the documentary “Quincy.” She has directed episodes of “#blackAF,” “Angie Tribeca” and “Roar,” and received an Emmy nomination for producing the documentary “Hot Girls Wanted.” Her writing credits include “Black Mirror,” “Toy Story 4” and “Celeste and Jesse Forever.” Under the Le Train Train banner, she and Will McCormack serve as executive producers on “Kevin Can F**k Himself” and the hit cable series “Claws.”