FOX NOW ON YOUR TV

Sit back, relax and stream FOX shows anytime on your TV. Discover and binge complete current seasons or a selection of the latest episodes from Empire, The Last Man On Earth, and Scream Queens. 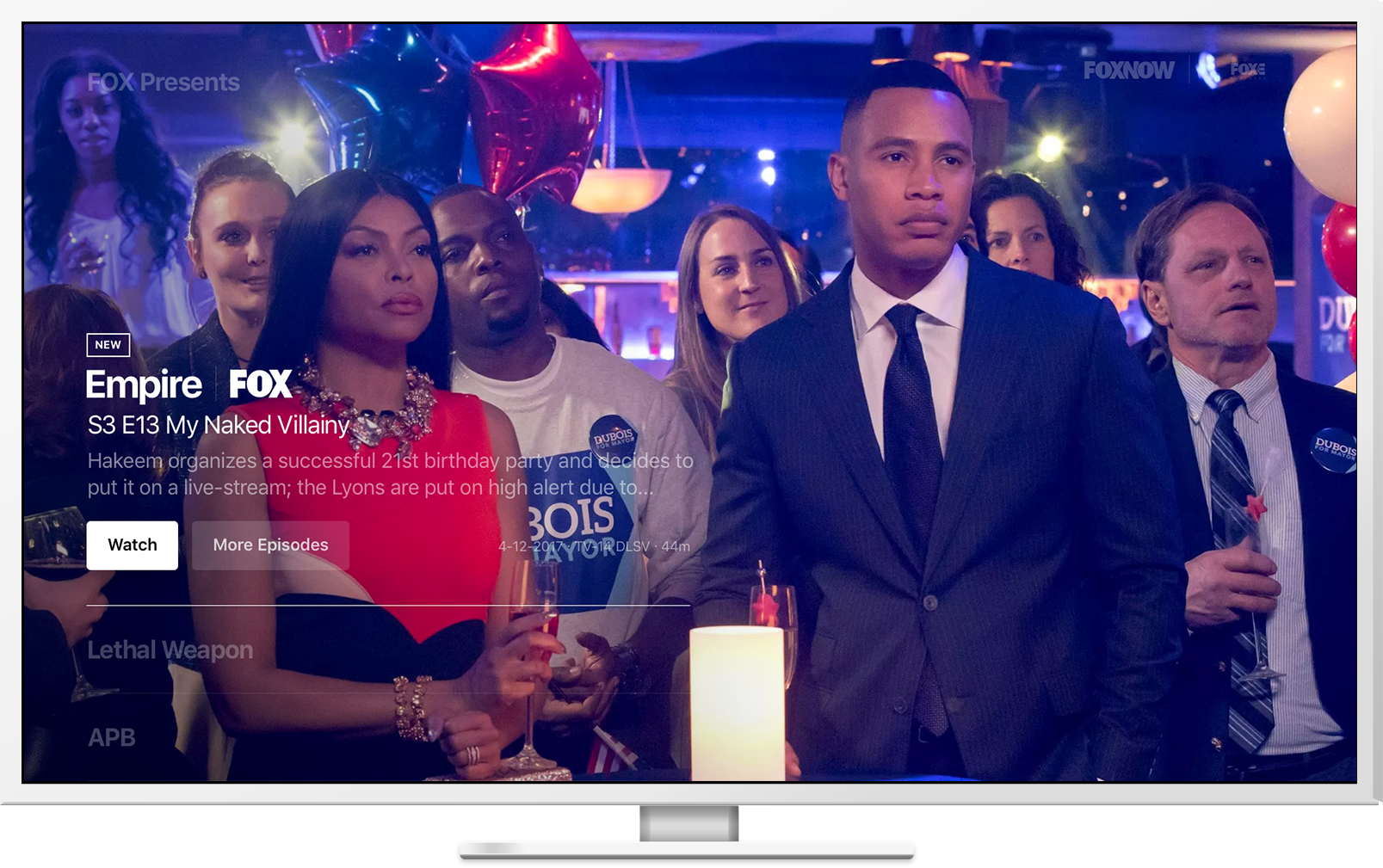 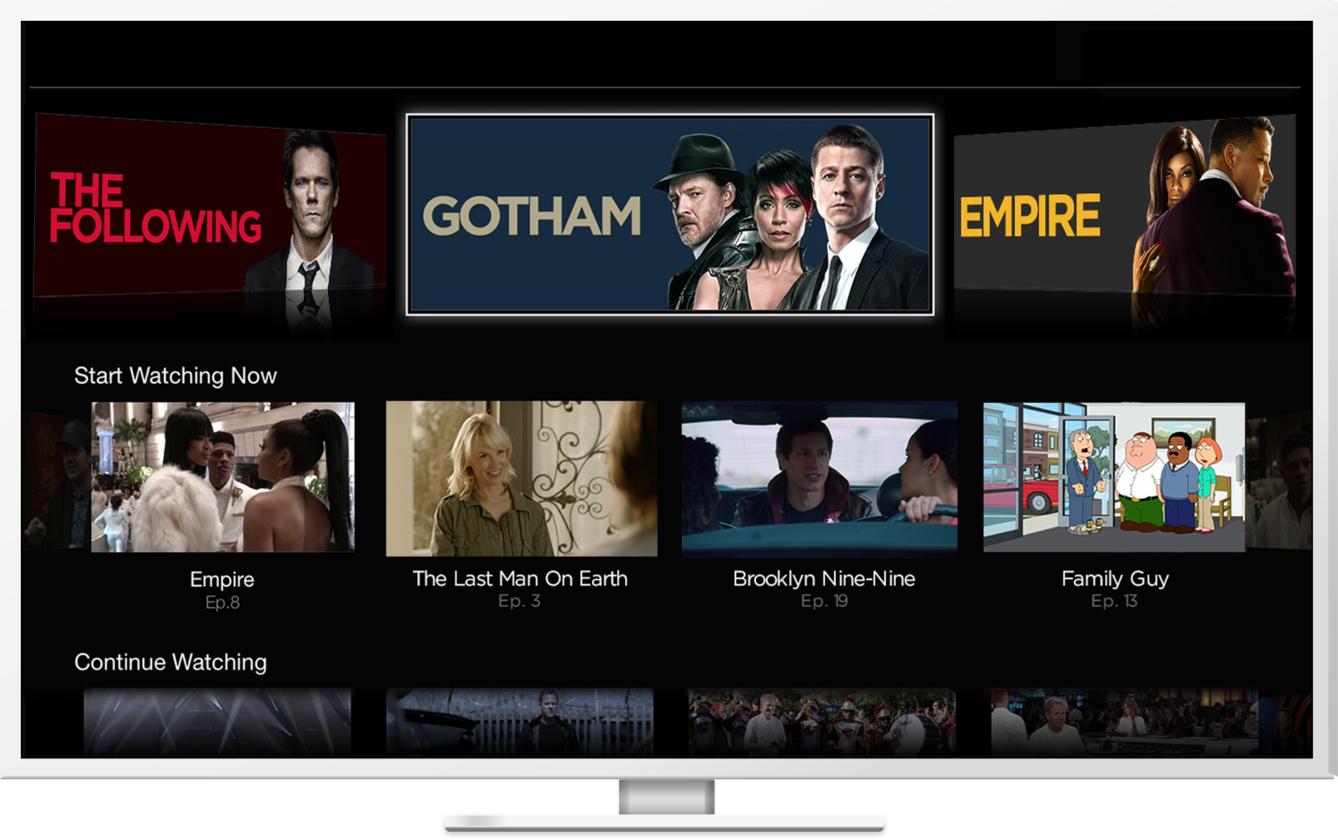