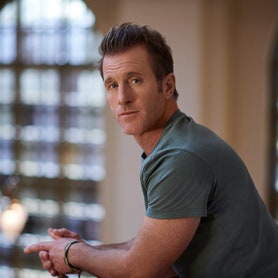 Scott Caan is an actor, writer and director. He has starred in Steven Soderbergh’s “Ocean’s Eleven” remake, along with “Ocean’s Twelve” and “Ocean’s Thirteen.” He can also be seen in the thriller “Into The Blue” and in Nicole Holofcener’s indie comedy “Friends With Money.” Caan also wrote, directed and starred in the feature films “Dallas 362” and “The Dog Problem.” A published playwright, Caan’s “Two Wrongs,” “No Way Around But Through” and “The Trouble With Where We Come From” are successes available from Dramatists.

Caan’s television series credits include a Golden Globe-nominated ten season run as “Danno” on “Hawaii Five-O.” He also starred in the last two seasons of “Entourage.” He recently finished shooting “One Day As A Lion,” which he starred in and wrote.