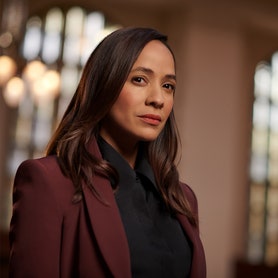 A talented and versatile actress, Dania Ramirez has become a highly sought-after performer for both film and television. Currently, she is starring as “Aimee” on the streaming series “Sweet Tooth” for executive producer Robert Downey, Jr.

Recently, Ramirez starred as “Gretel” on the series “Tell Me A Story,” a modern take on popular fairy tale stories, and was also seen as “Cinderella” on the popular “Once Upon A Time…,” bringing a fresh and engaging presence to the program. Her other television credits include “Devious Maids,” “The Sopranos,” “Entourage” and “Heroes.”

In addition to her television work, Ramirez is a film producer and co-produced and starred in the feature film “Lycan.” She also produced and co-starred in the romantic comedy, “Off The Menu.” Ramirez’s other film credits include roles in “Mojave,” “Premium Rush,” “Suicide Squad: Hell To Pay,” “Jumanji: Welcome To The Jungle,” “American Reunion,” “Quarantine,” “Fat Albert”  and “X-Men: The Last Stand.” She made her feature film debut in Spike Lee’s “The Subway Stories” and subsequently was seen in two additional Spike Lee projects, “25th Hour” and “She Hate Me.”

Born in the Dominican Republic, Ramirez was raised by her grandmother until she moved to New York City at the age of ten and reunited with her parents. She studied at Monclair State University, where she graduated with a bachelor’s degree in Communications and was a star volleyball player.