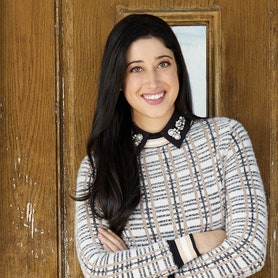 Taylor Ortega is a writer, comedian and actress based in Los Angeles. In addition to WELCOME TO FLATCH, she starred in the family telefilm “Kim Possible” and has had roles in the streaming series “Love Life,” starring Anna Kendrick; premium cable series “Succession”; and the sci-fi drama film “After Yang.” Ortega has written on unscripted pilot presentations for various cable networks, as well as starred in one for a streaming network. Prior to that, she wrote and starred in an episode of “Blank Meets Blank” and wrote for the “TRL” reboot.  Ortega also has been a host and correspondent for MTV News, E!, Billboard, Cosmopolitan and the gaming app Candy Crush. In 2019, she was selected as a New Face at the prestigious Just For Laughs comedy festival in Montreal, where NPR called her a standout performer.