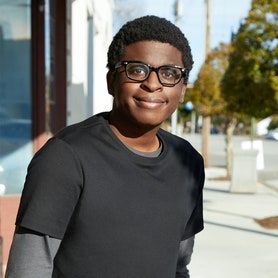 Justin “Beepy” Linville is an actor, improviser and writer based in Brooklyn. Prior to WELCOME TO FLATCH, they appeared in the cable comedy “What We Do In The Shadows,” as well as opposite Pete Holmes and John Mulaney in the series finale of the premium cable series “Crashing.” They also can be seen in “Here Today,” Billy Crystal’s feature starring Tiffany Haddish and Penn Badgley; and Siobhan Fallon Hogan’s feature, “Rushed.” Linville was raised in South Carolina, South Dakota and San Antonio, TX.