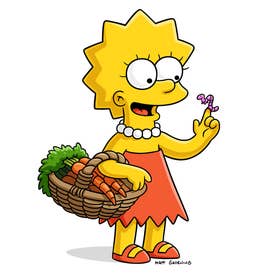 Yeardley Smith has appeared on television, film and Broadway.  She has been the voice of “Lisa Simpson” since 1987, from the character’s first appearance on “The Tracey Ullman Show,” through a more than 30-year run on THE SIMPSONS.

On film, she has been featured in “All Square,” “New Year’s Eve,” “Miles,” “As Good As It Gets,” “Maximum Overdrive,” “City Slickers” and “The Legend of Billie Jean.”

Her television credits include “The Mindy Project,” “The Big Bang Theory,” “Mom,” “Fresh Off the Boat,” “Hot In Cleveland,” “Mad Men,” “Murphy Brown,” “Dharma and Greg” and “Herman's Head.”

Additionally, she starred in her one-woman show, “More,” Off-Broadway in 2004 and in Los Angeles in 2005. She also published her first novel, “I Lorelei”; owned her own women’s luxury shoe line, Marchez Vous; and hosts and produces the hit true-crime podcast “Small Town Dicks.”

In 2014, Smith co-founded the entertainment development company Paperclip Ltd, which develops and produces unique content across all mediums.