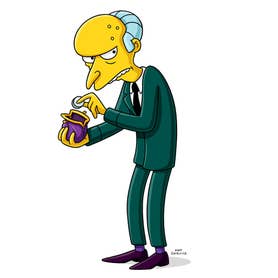 Shearer has worked as an actor, director, satirist, musician, radio host, playwright, multimedia artist and record label owner. In October 2006, he released his first novel, “Not Enough Indians.” He also wrote the essays “It’s the Stupidity, Stupid” and “Man Bites Town.” Shearer has been a commentator on “World News Now” and a writer for Slate.com, as well as a columnist for Los Angeles Times Magazine, Newsweek, The Huffington Post and The Atlantic Monthly. His critically acclaimed public radio program, “Le Show,” is heard weekly on stations worldwide.

In 2006, Shearer appeared with Christopher Guest and friends in “A Mighty Wind” and “For Your Consideration.” In addition, he is co-creator and co-star of the legendary rockumentary “This is Spinal Tap,” as well as a former writer and cast member of “Saturday Night Live” and the late-night talk show spoof “Fernwood 2 Night.”

Shearer’s feature film work includes “Real Life,” “The Right Stuff,” “Portrait of a White Marriage,” “The Fisher King,” “Godzilla,” “The Truman Show” and “EDtv.” In 2002, he wrote and directed his first feature film, “Teddy Bears’ Picnic.” In 2011, he wrote and directed the award- winning documentary “The Big Uneasy,” about the flooding of New Orleans after Hurricane Katrina. Shearer reunited with Michael McKean and Christopher Guest in 1998 to lend his voice to the feature film “Small Soldiers.” In 2009, Shearer teamed up again with Guest and McKean for the 25th anniversary of “Spinal Tap” and a 30-city tour of “Unwigged and Unplugged,” an evening featuring acoustic versions of songs from “Spinal Tap,” “A Mighty Wind,” “Waiting for Guffman” and more.

His early television and film credits include “The Jack Benny Program,” “Abbott and Costello Go to Mars” and the biblical drama “The Robe.” In addition, Shearer appeared in “Alfred Hitchcock Presents,” and he played “Eddie Haskell” in the pilot episode of “Leave It to Beaver.”

Shearer’s additional credits include an original musical called “J. Edgar!: The Musical,” a two-disc music compilation called “O.J. on Trial” and multimedia exhibits called “Wall of Silence” and “The Silent Echo Chamber.” His comedy CDs, “Dropping Anchors,” “Songs of The Bushman,” “Songs Pointed and Pointless” and “Can’t Take a Hint,” were released on Shearer’s own label, Courgette Records. His other releases include “Now You See it,” a DVD compilation of his TV comedy sketches. In 2013, he appeared in five episodes of “Nixon’s The One” for Sky Broadcasting and performed in the original play “Daytona” in London.