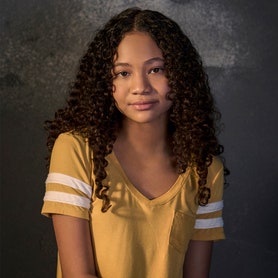 Of Vietnamese and African-American descent, Faith Bryant was born and raised in Houston, TX. She began studying piano at age four and began acting at age eight. Her recent roles include the short film “Piano Lessons,” which premiered at the 23rdTaipei International Film Festival in September 2021, and was nominated for Best Short Film, Best Screenplay and Best Original Music.