Back to So You Think You Can Dance 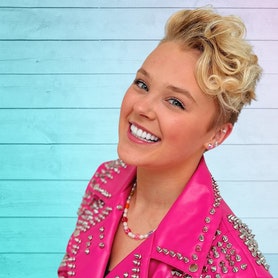 JoJo Siwa is a global superstar, singer, television and film star, best-selling author and social media sensation. Siwa has more than 66 million followers on social media and more than 3.7 billion views on YouTube. She was named one of Time magazine’s 100 Most Influential People in 2020. She recently wrapped her first-ever concert tour with more than 130 shows, selling out arenas and becoming the youngest artist ever to headline and sell out the O2 Arena. Siwa also served as creative director and executive producer of the reality competition series “Siwa’s Dance Pop Revolution,” on which she discovered the new pop group XOMG Pop! She recently was featured on “Dancing with the Stars,” during which she made history as the first contestant to dance with a same-sex partner and earned a People’s Choice Award for Competition Contestant of 2021.