Back to Name That Tune 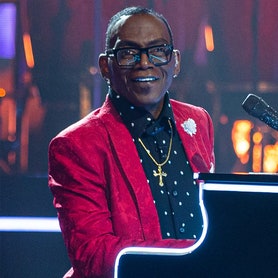 He's also lived in the rock ‘n’ roll world, recording and performing with legendary musicians such as Bob Dylan, Bruce Springsteen, Billy Joel, Bon Jovi, Keith Richards, Journey, Carlos Santana, Jerry Garcia, Bob Weir and countless others. All in all, he has more than 1,000 Gold and Platinum plaques to his name, with collective sales exceeding 200+ million copies. However, it is Jackson’s 13-season stint as judge on “American Idol” that made him a household name and pop icon.

For the past 15 years, Randy Jackson Eyewear has been one of the leading men’s optical eyeglass brands in more than 10,000 retail locations in the USA, Canada, Puerto Rico, Mexico and Latin America.