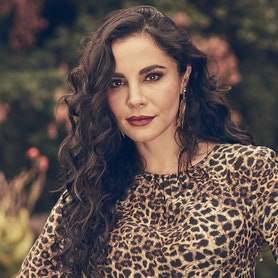 Martha Higareda can currently be seen as the lead on streaming anthology “Into the Dark: Culture Shock.” She also was the female lead in the first season of the cyber punk series “Altered Carbon,” opposite Joel Kinnaman. She is a producer on the “No Manches Frida” film franchise, which has gone on to break box office records. In 2019, she produced the two biggest Latino hits at the box office: “No Manches Frida 2: Paraiso Perdido” and “Todos Caen,” an original comedy, which has spawned multiple deals to be remade in the U.S. and other markets.

Higareda was on the cover of Forbes’ 50 most powerful Latinas. Her production company, Neverending Media, specializes in movies, TV shows and theater. Its sister company, Neverending Games, also produces video games. Her inspirational podcast, “De todo un mucho,” is one of the Top 10 podcasts of LATAM. Higareda is passionate about creating content that supports diversity and inspires audiences through high-quality entertainment.