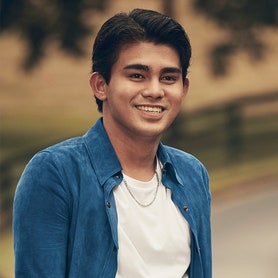 Inigo Pascual is a newcomer to the Hollywood scene, but an established recording artist in the Philippines, where he is based. His debut album, “Inigo Pascual,” reached #1 on the Billboard Philippines chart and, in 2021, he released his sophomore album, “Options.” He most recently made a cameo in the comedy special “Jo Koy: In His Elements.” Pascual has approximately seven million social media followers, thanks to his music career.