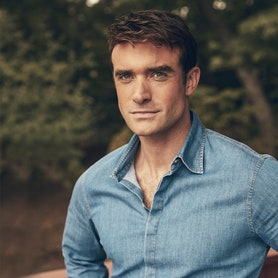 Joshua Sasse is best known for his breakout role as the title character in the Emmy Award-nominated series “Galavant” (created by Dan Fogelman, 2015-16), along with leading roles on “No Tomorrow,” “Rogue” and “The Neighbors.” On film, Sasse has starred in “Frankenstein’s Army” and “The Big I Am.”

In 2020, during the pandemic, Sasse dove deeper into his love of poetry, publishing poems and launching a podcast, entitled “The Poet’s Voice,” which features accessible, bitesize poems that erase the stigma placed on poetry by reading them in a way that everyone can enjoy. As a writer, Sasse is putting the finishing touches on his latest book “The Poetry Orchard,” which is due to be published later this year.