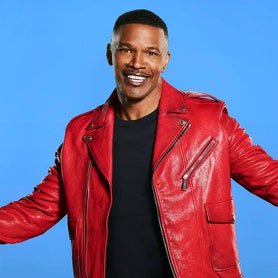 Jamie Foxx is an award-winning actor, singer and comedian.

In 2020, Foxx lent his vocal talents to the Academy Award-winning animated film “Soul.” Also that year, he won Outstanding Supporting Actor in a Motion Picture at the NAACP Image Awards and received a Screen Actors Guild (SAG) Award nomination for Outstanding Performance by a Male Actor in a Supporting Role for his riveting performance in “Just Mercy.”

His book, “Act Like You Got Some Sense,” shares the story of being raised by his no-nonsense grandmother, life in Hollywood and the lessons he took from both worlds to raise his two daughters. The memoir is currently available everywhere books are sold.

Foxx is executive-producing and is set to star in two upcoming streaming projects:  “They Cloned Tyrone,” opposite John Boyega; and “Day Shift,” opposite Dave Franco. He has an overall deal with Sony Pictures Entertainment to develop and produce feature films. He also just inked a new TV producing deal with MTV Entertainment Group/ViacomCBS, where he and his producing partner, Datari Turner, will develop and executive-produce original movies with a focus on filmmakers who are Black, Indigenous and people of color (BIPOC).