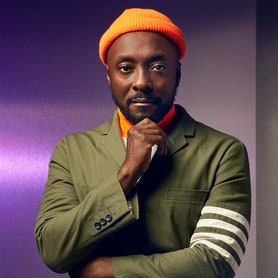 Seven-time Grammy Award winner will.i.am has been at the forefront of the contemporary American hip hop movement for more than 20 years. He is best known as a songwriter, producer, actor and entrepreneur, and globally recognized as a founding member of Black Eyed Peas, one of the best-selling groups of all time. He has released four solo albums and eight studio albums with Black Eyed Peas. The act was one of the first to recognize the mainstream potential of electronic dance music and held the No. 1 spot on the Hot 100 for a record 26 consecutive weeks after “I Gotta Feeling” replaced “Boom Boom Pow” atop the chart — more than any other act in the history of the Hot 100. The Emmy and CLIO Award-winning music video, “Yes We Can,” mobilized a generation during the 2008 U.S. Presidential election. He has worked with countless Grammy Award-winning artists as a producer and currently serves as a Coach on “The Voice UK” and “The Voice Kids.”