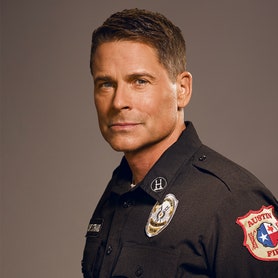 Rob Lowe’s iconic career spans four decades in film, television and theater. He also is an acclaimed author. Lowe has been nominated for an Emmy Award, six Golden Globes and four Screen Actors Guild awards, the latter of which he won two.

He starred in the 1980s classics “St. Elmo’s Fire,” “About Last Night” and “The Outsiders,” as well as television classics such as “The West Wing” and “Parks and Recreation.” Lowe’s incredibly diverse career also includes scene-stealing work in “Behind the Candelabra,” the “Austin Powers” franchise and “Tommy Boy.”

On FOX, Lowe starred in the comedy series “The Grinder” and is the host of “Mental Samurai,” the thrilling competition series and first-ever obstacle course for the mind, on which he also served as a co-executive producer.

Most recently, he starred in the six-part British drama series “Wild Bill,” playing high-flying U.S. cop Bill Hixon, who is appointed Chief Constable of the East Lincolnshire Police Force. Earlier this winter, he starred in the streaming film “Christmas in the Wild,” opposite Kristen Davis; and was seen in and directed a remake of the four-time Academy Award-nominated film “The Bad Seed.”