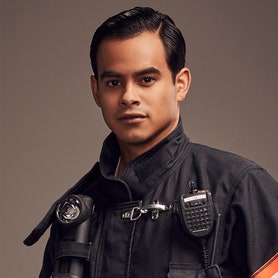 Julian Works most recently starred in the Blumhouse anthology series “Into The Dark: School Spirit,” and recurred in the cable drama “The Affair,” opposite Dominic West. His additional credits include the drama series “American Crime”; as well as the feature films “Paranormal Activity: The Marked Ones”; and the Sundance Film Festival award nominee, “All She Can.”