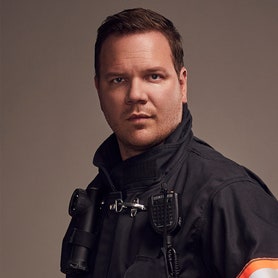 Parrack appeared in the second season of the cable drama “The Deuce,” with Maggie Gyllenhaal and James Franco, alongside whom he made his Broadway debut in the revival of John Steinbeck’s “Of Mice And Men,” co-starring Chris O’Dowd and Leighton Meester. His recent feature credits include “Suicide Squad,” “Fury” and “The Adderall Diaries.”