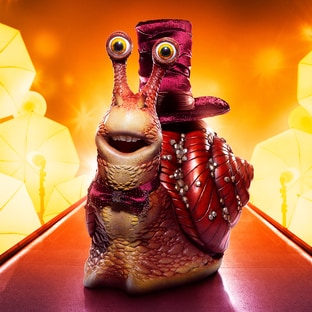 Snail might move slowly, but Snail is dressed to impress in a sparkly purple top hat and bowtie.

Here's Snail! Thank you. Hiya, folks. You know, I've acted, directed, produced, recorded albums, and even graced the Oscars stage. I've rubbed elbows with everyone from Robert De Niro to Lady Gaga to Michelle Obama. And while you might say I'm best known for appreciating the talent of those around me, here, I want to show those harsh critics that have followed me my whole career that I can shine on my own too, you know? And now, I can't wait to get out there and snail it. Get it?