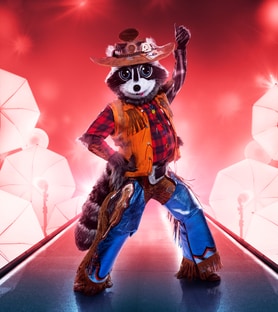 Sometimes to get the happy ending, you have to go through hell first. In my darkest days, I faced death. Desperate to stay sane, I recited my favorite story, The Hunchback of Notre Dame. I was Quasimodo locked away. Only difference is that he was innocent, and I was actually a monster. I promised God that, if I got a second chance in life, I'd only do good, and I'm still fulfilling that promise to this day.

My last performance was a thrill like no other. I’ve never had more fun! But the most thrilling part has been seeing Jenny McCarthy up close. Wow . . . I was starstruck. I still can’t believe I am on big stages. I actually started out as a fighter. My uncle taught me how to box, and I trained harder than anyone. One day, I became a champion. Decades later, I retired my gloves until I was asked to trained a Hollywood leading man. Eventually, I wasn’t just training the leading man—I was the leading man. I had no business being a big Hollywood star, but hey . . .  no one’s stopping me.

Who is the Raccoon? Raccoon was revealed on 03/24/2021, season 5 episode 3. See Raccoon’s first interview without the mask here!