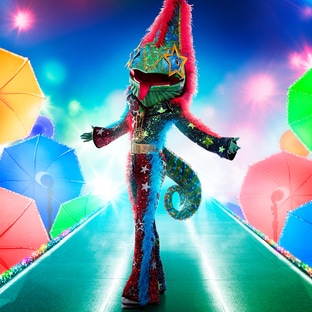 Ready for a wild ride? Because I'm one in cha-million. Unlike most of my fellow chams, I don't just blend in. I put the tech in technicolor. It was all because of my pops who always taught me to keep up with the times. He encouraged me to tinker with every gizmo and gadget around, even with some wild creations. Years later, when my career almost tanked, and I felt totally lost. Wow, wow, I leaned back on what he taught me. I used those tech-savvy skills from my childhood to amplify my career and change the game. And now I'm here to change this game. Trust me. I won't be blending in. Let's jam.

I knew if I were going to hold my own against these powerhouse singers, I couldn't just blend in. I had to stand out and let my flow shine. My whole life has been about embracing what makes me unique. And I made it my quest to help others shine too. When I was young, someone inseparable from me was constantly attacked for who she was. It was hard to witness, but it helped lift her up until she ultimately learned to embrace what made her unique. But then tragedy struck and she was taken from me. It was the most difficult thing I think I ever faced. Now, I honor her memory by fighting for those who don't feel accepted. Because I want everyone to feel proud showing their true colors.

It felt so good impressing the panel with my smooth flow last time. But there's one person I want to impress more than anyone, my little chameleon. When I was a kid, I fell in love with some other cool reptiles, the Teenage Mutant Ninja Turtles. And now, I've dedicated myself to being a superhero ninja for the little one. I decided to party less and practice martial arts. Eventually, I reprogrammed my mind, body, and soul. Martial arts taught me how to process my emotions. And now, I teach little cham that it's cool to express feelings. I'm here to surprise my little lizard as the superhero Chameleon. And one day, I know he'll be a superhero too.