Back to Next Level Chef 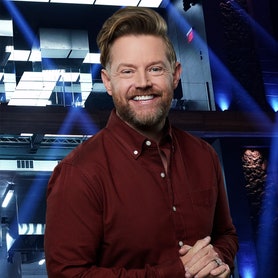 Richard Blais is a successful chef, restaurateur, James Beard Award-nominated cookbook author and TV personality. Recognized as the first winner of cable cooking series “Top Chef All-Stars,” Blais is a graduate of the Culinary Institute of America and trained at The French Laundry, Daniel, Chez Panisse and el Bulli. Most recently, he opened Ember & Rye at the newly renovated Park Hyatt Aviara in Carlsbad, CA, and took on the role of Culinary Director at the newly opened San Diego Symphony performance space, The Rady Shell at Jacobs Park.

Blais currently owns and operates Trail Blais, a forward-thinking culinary consulting company that has consulted on, designed and operated popular eateries across the country. Trail Blais also advises national brands on menu creativity, ideation and employee training sessions. He is the James Beard Award-nominated author of “Try This at Home: Recipes from My Head to Your Plate,” as well as his second cookbook, “So Good.” In addition, Blais hosts “Food Court,” a high-energy, game-show-style podcast. Additionally, Blais has appeared on “Today,” “Good Morning America,” “The Rachael Ray Show” and “Watch What Happens Live with Andy Cohen.” He also has been featured in The New York Times, InStyle and Food & Wine.

When not on set, in the kitchen or at home with his family, Blais may be found traveling cross-country, performing his live “stand-up cooking” show to enthusiastic audiences nationwide.