Back to LEGO Masters 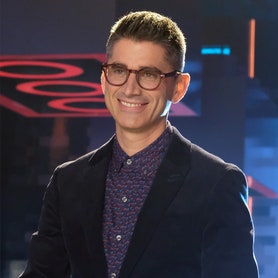 Jamie Berard is Senior Design Manager and Creative Lead at The LEGO Company, where he is responsible for working on the LEGO Architecture and LEGO Ideas lines, as well as a variety of products for adults, teens and super fans. He is a life-long LEGO fan and has been an employee of The LEGO Company for more than 14 years.

Before joining LEGO, Berard was part of the local group New England LEGO Users Group (NELUG), where he worked on several larger-than-life projects, including a 100,000-piece LEGO mosaic of the Boston skyline. He served as a foreman on the Millyard Project, which, at its completion, was the largest permanent minifigure scale display in the world.

In 2004, Berard was a finalist to become the next Master Model Builder for LEGOLAND California and served as a Technical Judge for the FIRST LEGO League World Finals in Atlanta, GA. He was hired to work for the company in 2005, after displaying functional amusement park rides at a LEGO fan event in Washington, D.C.

Since joining LEGO, he has been responsible for designing dozens of complex LEGO models, including the 4,000+ piece Big Ben and the 4,000+ piece Assembly Square Modular Building sets, which are available for purchase to fans worldwide.