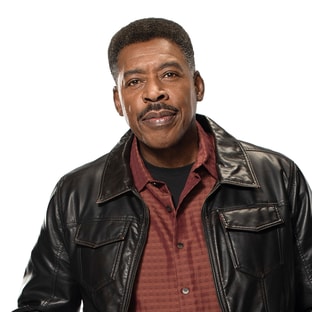 Ernie Hudson is one of the most sought-after actors of our time with an impressive list of credits and awards. He is a beloved star in film, television and stage, long considered to be one of Hollywood’s iconic working actors who continually delivers. He is most known for his roles as “Winston Zeddemore” in the “Ghostbusters” franchise, Sergeant Albrecht in “The Crow” and Warden Leo Glynn on “Oz.” He can currently be seen on the series “Grace and Frankie,” opposite Lily Tomlin. He recently starred in the cable series “The Family Business,” based on the best-selling novel. Additional television credits include the FOX drama “APB” and the cable comedy “Graves,” opposite Nick Nolte. On the big screen, he appeared in the 2016 reboot of “Ghostbusters,” and will be seen next in “Ghostbusters: Afterlife.” He also recently was seen in the film “Nappily Ever After,” opposite Sanaa Lathan.