Back to Joe Millionaire: For Richer or Poorer 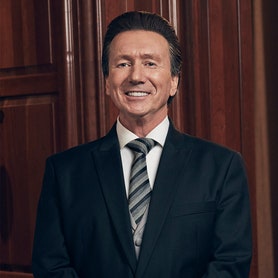 Martin Andrew is an actor, musician, author and famed celebrity impersonator. He received formal training at West Suffolk Music and Drama Center and has appeared in the films “Oceans 13,” “Domino,” “White Coats” and “Middle Men.

From 2016-2020, Andrew toured the U.S., Mexico and the Dominican Republic with Canadian tribute artist Samira, to perform “Reunited,” a show which featured the music of Rod Stewart and Tina Turner. He appeared in the critically acclaimed Canadian television series “Blackstone” from 2014-2015 and starred in the 2013 psychological thriller “Forbidden Playground.”

In 2008, the publication of Andrew’s autobiography, “Nobody Said It Was Easy,” detailed his life, struggles and successes as a touring musician. In 2004, an offer to perform as a Rod Stewart tribute artist took Andrew to the renowned Las Vegas Strip, where he has since performed to audiences at several of the world’s biggest casinos, as well as venues throughout the U.S. and around the world.