Back to Fantasy Island 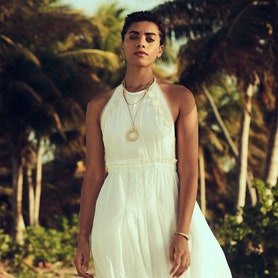 Kiara Barnes is currently finishing her last year as “Zoe Buckingham” on “The Bold and the Beautiful.” She recently starred in the cable film “The Wrong Wedding,” and in the series “Stuck With You,” which debuted in 2020. The second season of “Stuck With You” will be released later this year.

Barnes also is an accomplished singer. She released an EP, “Sirens to the Moon,” in 2018. She has another EP titled “Rebirth” set to release this year.

Barnes was born and raised in Salt Lake City, UT. She moved to New York City to pursue modeling, and has worked with major brands, including Maybelline, Nike, Sephora, DKNY and Adidas. Her commercial work for television includes a spot for the Apple iPhone X.