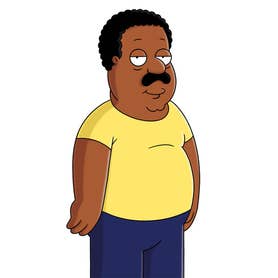 Mike Henry grew up in Richmond, VA, and was class president at Washington and Lee University. After college, he spent years in Los Angeles and New York studying acting and comedy writing, performing stand-up and improv and making short films with his brother, Patrick.

Seth MacFarlane hired Henry to write jokes and create characters when "FAMILY GUY" began in 1998. In the writer’s room, he created many of the show's characters, for which he also does the voices, including “Cleveland Brown,” “Herbert,” “Bruce,” “Consuela” and the “Greased-Up Deaf Guy.”

Henry's other acting credits include the movie “Ted,” as well as TV series “Robot Chicken,” “American Dad!,” “Gilmore Girls,” “Scrubs” and MacFarlane’s space adventure series, “The Orville.” Henry and his brother are the creators of the internet-based hidden-camera parody series “Kicked in the Nuts.” He also co-created and starred in “The Cleveland Show” and is currently developing an independent comedy feature film.