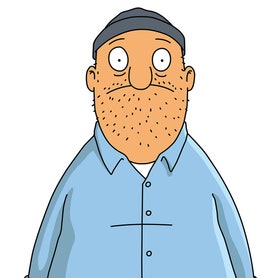 Larry Murphy began performing sketch comedy and characters onstage in Cambridge, MA. He was a regular sketch performer on “Late Night with Conan O’Brien.” As a comedic actor, his credits include “Jon Benjamin Has a Van,” “Delocated,” “Difficult People” and “Inside Amy Schumer.” In addition to his role as "Teddy" on "BOB'S BUGERS", he has voiced numerous other characters on animated shows including “Home Movies,” “Archer,” “Venture Brothers,” “Ugly Americans,” “Word Girl” and “Aqua Teen Hunger Force.” He voiced the titular role and all the main characters in “Assy McGee.”